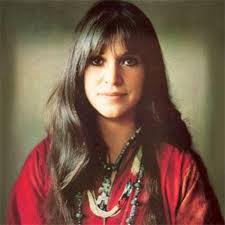 Melanie Anne Safka-Schekeryk (born February 3, 1947) is an American singer-songwriter known professionally as Melanie and sometimes as Melanie Safka. She remains best known for the 1971/72 global hit “Brand New Key”, her cover of “Ruby Tuesday”, her composition “What Have They Done to My Song Ma”, and her 1970 international breakthrough hit “Lay Down (Candles in the Rain)”, inspired by her experience of performing at the 1969 Woodstock music festival. Melanie was born and raised in the Astoria neighborhood of Queens, New York City. Her father, Frederick M. Safka (1924-2009), was of Ukrainian ethnic background, and her mother, jazz singer Pauline “Polly” Altomare (1926-2003), was of Italian heritage. See for more.

Look What They’ve Done To My Song, Ma

LAY DOWN & The Edwin Hawkins Singers

Dust in the Wind