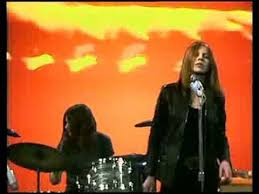 Frumpy was a German progressive rock/krautrock band based in Hamburg, which was active between 1970–1972 and 1990–1995. Formed after the break-up of folk rockers The City Preachers, Frumpy released four albums in 1970–1973 and achieved considerable commercial success. The German press hailed them as the best German rock band of their time and their vocalist Inga Rumpf as the “greatest individual vocal talent” of the contemporary German rock scene. They disbanded in 1972 although the various members all worked together at various times over the following two decades and they reunited again in 1989, producing three more albums over five years after which they disbanded once more. See for more.

Goin To The Country