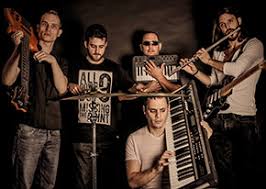 Aperco is an Israeli rock band influenced by classic rock bands of the 70’s combined with elements of progressive rock. The Melodies and symphonic sound are those that characterize the music of Aperco. The band was officially formed in 2013 and began working on their album. Two years ago, Aperco began recording together with their producer Gideon Ricardo and their previous keyboard player Tal Maizel on their first album “The Battle” – A concept album full of motives depicting a person’s life cycle while each track in the album describes a different emotional stage. All Aperco’s concerts across the country were Sold Out. See for more.

A Call For Submission

Life on a Screen

Another Day To Live