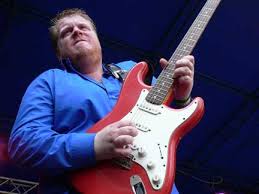 Danny Bryant (born 26 July 1980) is an English blues guitarist and singer He was born and grew up in Royston, Hertfordshire, England. At the age of 15 he began playing the guitar and became a professional guitar player at the age of 18. Since then he has appeared on bills alongside a number of notable artists such as Buddy Guy, Carlos Santana, Joe Cocker and Mick Taylor. Take a look at Danny’s site. See for more.

Prisoner of the Blues

Just as is am

You don’t have to go

Alone In The Dark