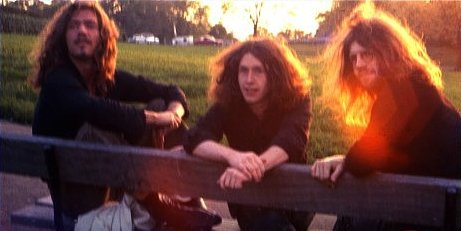 Egg were an English progressive rock band formed in July 1968. The founder members of Egg were Dave Stewart who played organ, Mont Campbell on bass and vocals, and drummer Clive Brooks. The band was formed of former members of Uriel, the other member of which was guitarist Steve Hillage. After Hillage left Uriel in August 1968, the other three continued as a trio. Having signed a deal with the Middle Earth club’s management branch, they were advised to change their name to Egg, allegedly because Uriel “sounded too much like ‘urinal'”. In mid-1969 the band signed a deal with Decca’s ‘progressive’ music subsidiary Deram and released their debut album in March 1970. See for more.

A Visit to Newport Hospital -The Guided Tour

I Will Be Absorbed

Wring Out the Ground