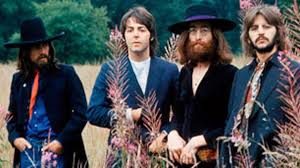 The Beatles were an English rock band formed in Liverpool in 1960. With a line-up comprising John Lennon, Paul McCartney, George Harrison and Ringo Starr, they are often regarded as the most influential band of all time and an important cultural figure of the 20th century. The group were integral to the evolution of pop music into an art form and to the development of the counterculture of the 1960s. Their sound, rooted in skiffle, beat and 1950s rock and roll, incorporated elements of classical music and traditional pop in innovative ways. How to play guitar like the Beatles.  See for more.

We Can Work it Out

I Saw Her Standing There

A Day in the Life

Don’t Let Me Down