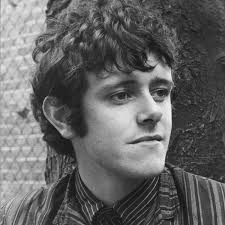 Donovan (born Donovan Phillips Leitch, May 10, 1946) is a Scottish singer, songwriter and guitarist. Initially labeled an imitator or Bob Dylan, he developed an eclectic and distinctive style that blended folk, jazz, pop, psychedelia, and world music (notably calypso). He has variously lived in Scotland, London, and California, and, since at least 2008, has lived in Cork County, Ireland with his family. [1] Emerging from the British folk scene, Donovan shot to fame in the United Kingdom in early 1965 with a series of live performances on the pop TV series, Ready Steady Go !. See for more.

Season of the Witch

The Song Of Wandering Aengus