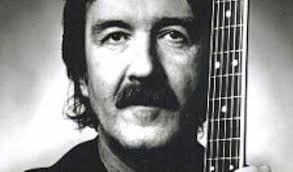 Kazimierz “Kaz” Lux (born 7 January 1948 in Oosterhout, Netherlands) is a Dutch singer of Polish descent.  As a winner of a talent hunt he can record a plate in 1968. According to record company Bovema, the strap that he is in is Truce qualitatively not good enough, so that the recording is done with experienced musicians like Jan Akkerman and Pierre van der Linden. Included are “Down Man” and “Woman’s Gone”. In this last issue, R & B pianist Rob Hoeke also plays. A few months later, Lux, through the manager of the Amsterdam band The Outsiders, John van Setten, receives the invitation to become a singer in the group Brainbox that is currently being set up by Akkerman and Van der Linden. See for more.