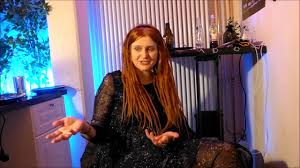 Following the success of four highly praised albums with Iamthemorning, the lyricist, singer and co-songwriter Marjana Semkina’s spellbinding debut solo album, Sleepwalking is out now through Kscope. The album will be released under an alternative spelling – Mariana Semkina. Characterised by her composed and unique voice, complex melodic lines and poetic lyrics with literary references, Semkina has often compared favourably with Kate Bush. The new material draws from the Iamthemorning soundscape but exists fully in Marjana’s world; a compelling mixture of alternative folk, pop, drama, beauty and emotionally purging lyrics. See for more.

Am I Sleeping or Am I Dead

How to Be Alone