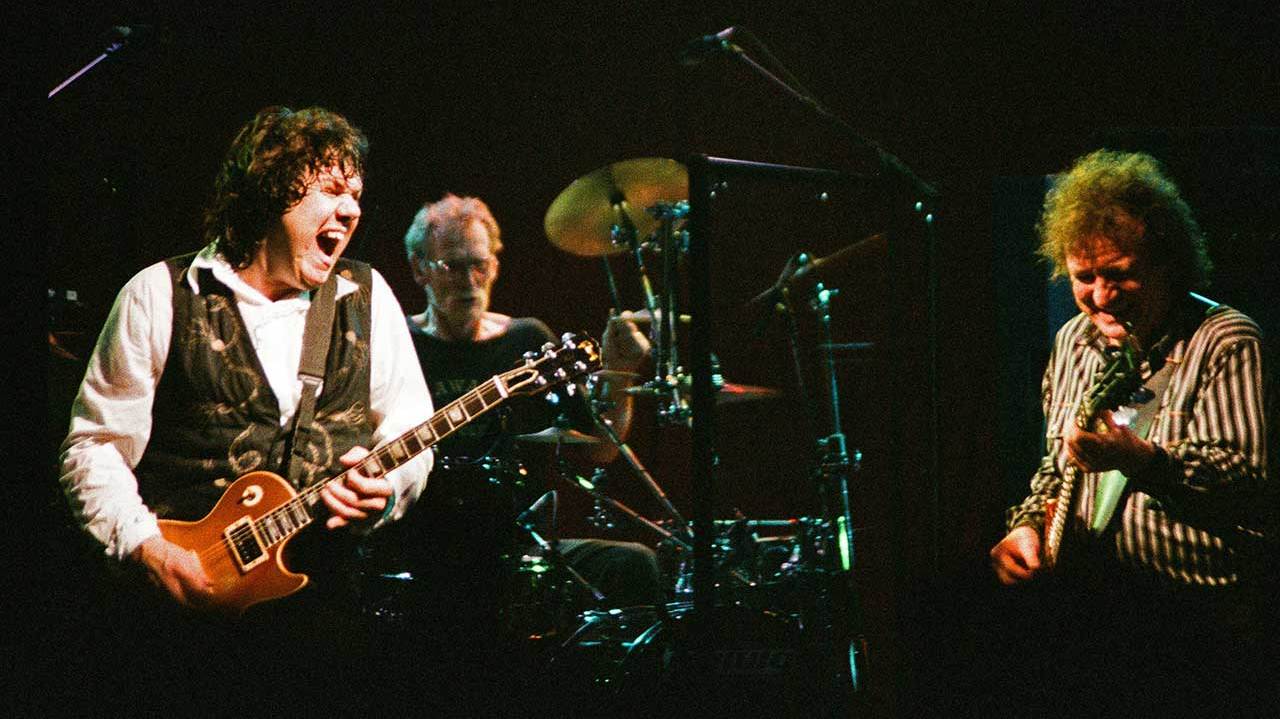 BBM (“Bruce Baker Moore”) is the name of the short-lived power trio, formed in 1993 by long-established artists, bassist Jack Bruce, guitarist Gary Moore (both of whom had collaborated previously on Moore’s Corridors of Power) and drummer Ginger Baker.[1] They released just one studio album, entitled Around the Next Dream, which was released on the Virgin record label. It reached Number 9 in the UK Albums Chart in the summer of 1994, but spent only four weeks in the listings. The track, “Where in the World” was issued as a single, reaching Number 57 in the UK Singles Chart in August 1994.  See for more.

Wrong side of town

Where in the world

Waiting In The Wings