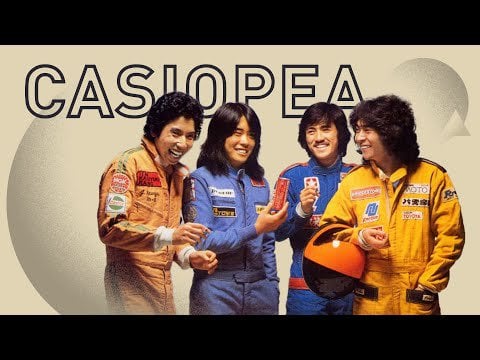 Japanese transcription of the name of the constellation Cassiopeia, is a Japanese jazz fusion band that was formed in 1976 by guitarist Issei Noro, bassist Tetsuo Sakurai and keyboardist Hidehiko Koike. In 1977, keyboardist Minoru Mukaiya and drummer Takashi Sasaki joined the group, leaving Hidehiko out of Casiopea. The group debuted with the self-titled album Casiopea in 1979, featuring Randy Brecker and Michael Brecker as guest musicians. In 1980, Takashi was replaced by Akira Jimbo. Casiopea has released over 35 albums to date in both Japan and the United States. Some of Casiopea’s most famous tracks include Asayake, Galactic Funk and Eyes of the Mind. See for more.

Eyes Of The Mind