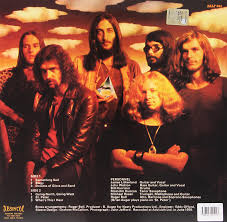 Mogul Thrash were an English progressive rock band, active in the early 1970s. British jazz-rock band Mogul Thrash evolved from James Litherland’s Brotherhood, which in addition to guitarist Litherland (an alumnus of Colosseum who was a founding member of the group in 1969) also featured guitarist/reedist Michael Rosen (previously of Eclection, not the children’s poet/author), drummer Bill Harrison and the so-called “Dundee Horns”—saxophonists Roger Ball and Malcolm Duncan. See for more.

Sleeping In The Kitchen

Dreams Of Glass And Sand

I Can’t Live Without You