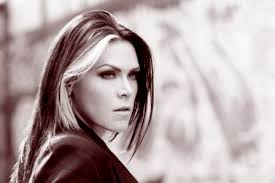 Beth Hart (January 24, 1972) is an American singer who became famous in the Netherlands for her hit L.A. Song (Out of this town). Her songs are a bit like those of Janis Joplin and Joan Armatrading, but her voice is rougher. In the early nineties she appeared in publicity for the first time through a talent show where she won $ 100,000. Beth Hart recorded a number of songs in 1993 and released a home-made album that remained unknown to the public and to the media. See for more.

Am I The One

I Love You More Than You’ll Ever Know

Caught Out In The Rain

& Joe Bonamassa – Your Heart is as Black as Night

Love Is A Lie