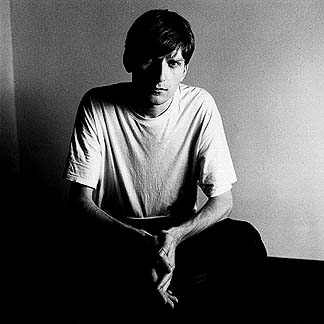 Lanterna is a musical project led by guitarist Henry Frayne, formerly of Lodestone Destiny, The Syndicate, Ack-Ack, Area and The Moon Seven Times. Their tracks are evocative soundscapes, usually instrumental, that focus on Frayne’s melodic guitar work awash in effects. The first material released under the name Lanterna was a collaboration between Frayne, drummer Brendan Gamble and vocalist Lynn Canfield which the band self-released in 1992. Some of these tracks reappeared later that year on the Greek vinyl-only, Elfish label release Of Shapes That Haunt Thought’s Wilderness. The recordings were re-released on both Parasol Records and Rykodisc in 1995 and 1998, respectively. See for more.