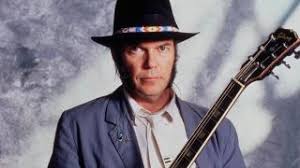 Percival Young OC, OM (born November 12, 1945) is a Canadian singer-songwriter. He began performing in a group covering Shadows instrumentals in Canada in 1960, before moving to California in 1966, where he co-founded the band Buffalo Springfield along with Stephen Stills and Richie Furay, later joining Crosby, Stills & Nash as a fourth member in 1969. He forged a successful and acclaimed solo career, releasing his first album in 1968; his career has since spanned over 40 years and 35 studio albums, with a continual and uncompromising exploration of musical styles. See for more.

Down By The River

Hey Hey, My My

Rockin’ In The Free World

Long May You Run

Needle and the Damage Done