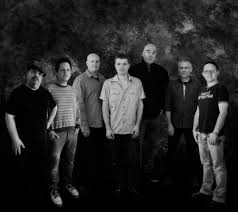 Formally installed on 31 March 2014. After the Australian band UNITOPIA decided to call it a day after their fourth album “Covered Mirror Vol. 1”, it was clear the world would never know what Vol. 2 would bring. However, the idea behind the band was not lost, and singer Mark Trueack, Matt Williams, Dave Hopgood and Tim Irrgang teamed up with multi-instrumentalist Guy MANNING (Manning, The Tangent, Po90) to continue under the name UNITED PROGRESSIVE FRATERNITY. In 2014, this resulted in the album “Falling in Love with the World”, on which various guest musicians would also play a role – most notably Jon Anderson (Yes, in case you didn’t know that) and Steve Hackett (Genesis). With this album, the band stays on the same track as UNITOPIA where it comes to lyrical themes (the environment, the state of humanity), but musically takes a slightly heavier approach. See for more.

The Water with Jon Anderson

Overture (We Only Get One World)

Fall in Love with the World