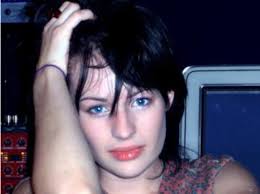 Amy Belle is a Scottish singer who resides in Glasgow, Scotland. She is best known for her duet with Rod Stewart on “I Don’t Want To Talk About It” during his concert at the Albert Hall in October 2004. The official Rod Stewart video of the duet has received over 230 million Youtube views (as November 2019).  Belle was born and raised in Glasgow, Scotland, the youngest sibling of three. She started out busking covers of R.E.M. and Alanis Morissette.[citation needed] At 17 she left Glasgow for London to try to make a career in music. In 2001, she was signed to a short-lived manufactured pop-folk group called the Alice Band. In 2004, Belle was spotted by a friend of Stewart’s when she was busking outside an underground station. See for more.

Rod Stewart & Amy Belle I Dont Want To Talk About It