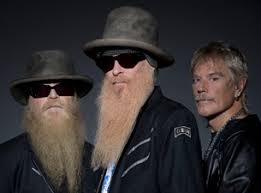 ZZ Top is an American rock band formed in June 1970 in Houston, Texas. The band consists of guitarist and lead vocalist Billy Gibbons, bassist and co-lead vocalist Dusty Hill, and drummer Frank Beard. The band and its members went through several reconfigurations throughout 1969, achieving their current form when Hill replaced bassist Billy Etheridge in February 1970, shortly before the band was signed to London Records. Etheridge’s departure issued primarily from his unwillingness to be bound by a recording contract. See for more.

Bad to the Bone

La Grange and Gimme all Your Lovin