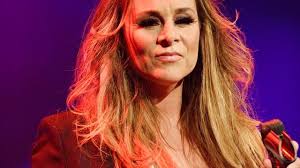 Judith Katrijntje (Trijntje) Oosterhuis (Amsterdam, February 5, 1973) is a Dutch singer. She broke through with her brother Tjeerd Oosterhuis in Total Touch in the nineties. Later she also had solo hits. In addition, she is a member of the occasional band Ladies of Soul. In 2015 she was the Dutch participant in the Eurovision Song Contest. See for more.

Face In The Crowd

For Once In My Life

That’s What Friends Are For

This Girl Is Love

What a Wonderful World