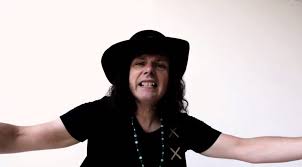 Anthony Gomes (born May 14, 1970, Toronto, Ontario, Canada) is a Canadian blues and blues rock guitarist and singer. He was born to a Portuguese father and a French-Canadian mother. After his 1998 debut album release Blues in Technicolor, he began touring the United States and Canada and he has since recorded eight more albums. Gomes resides in St. Louis, Missouri, United States, playing a fusion of blues with rock and soul, and with the Anthony Gomes Band has toured North America and Europe. See for more.

The Whiskey Made Me Do It

Darkest Before The Dawn

Take Me Back Home

Blues In the First Degree

When The Right Woman Does You Wrong