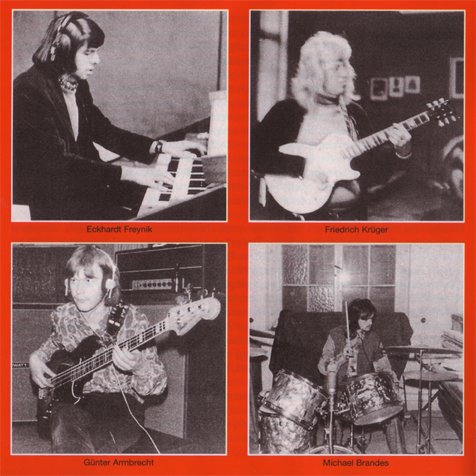 This relatively short-lived (from 1972-77) obscure German symphonic/kraut band consisted of three members from a band called Paradise on Earth, these were; keyboardist Eckhardt Franke, drummer Michael Brandes and bassist Gunter Armbrecht, when guitarist Friedrich Kruger joined, the band name was changed to ERLKOENIG (taken after the German poem of the same name, written by the famous poet Goethe), this line-up lasted until the band disbanded in 1977. ERLKOENIG played a very interesting and unique blend of krautrock and symphonic rock, it would probably be fair to characterise them as a symphonic prog band with evident krautrock leanings. See for more.

The Lad in the Fen