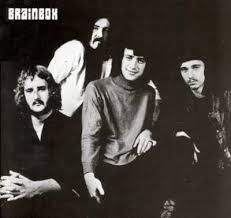 Brainbox is a Dutch rock group from the late 1960s/early 1970s. The band was founded in Amsterdam by guitarist Jan Akkerman, drummer Pierre van der Linden and singer Kazimir Lux (Kaz). Their debut single was “Down Man”, which established their progressive blues sound. They had several hit singles in the Netherlands, including “Between Alpha and Omega”, “Doomsday Train”, Reason to Believe and “Smile”. Soon after they released their first album, Jan Akkerman and Pierre van der Linden left the group to join Focus. See for more.