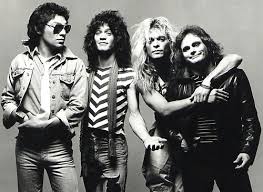 The Tubes is the debut album of The Tubes. Songs from this album which received significant airplay include “What Do You Want From Life” and “White Punks On Dope”. The latter song peaked at number 28 on the UK singles chart.The line “hang myself when I get enough rope” in the song “White Punks on Dope” later inspired the title of the 1978 album by The Clash, Give ‘Em Enough Rope. The first verse of Mondo Bondage contains what is perhaps the first ever use of the Gated reverb snare drum sound. This recording technique was later made famous during the early 1980s by drummers such as Phil Collins of Genesis. Another well-known example is the 1984 Bruce Springsteen hit Born in the U.S.A.. See for more.

Talk  To Ya Later

TV is king/Don’t touch me there

I Was  a Punk Before You Were a Punk

What do you want from life?

Baby Your Face is Mutated