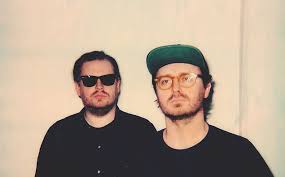 The brothers Samu and Ville Kuukka from Helsinki, Finland, making music together since teenagers, and trying their hand at many styles, came upon a unique sound in 2004 and thus were born The Gentleman Losers. Their mix of ambient aesthetics, lo-fi-but-hi-fi production, post-rock leanings, a hint of Americana, and a dark undercurrent, won many fans and admirers, and their self-titled debut album in 2006, on the highly respected Berlin/Manchester label City Centre Offices, gained high praises and placements on many year-end lists, including Album of the Year at Boomkat. See for more.

Mansion On The Dunes