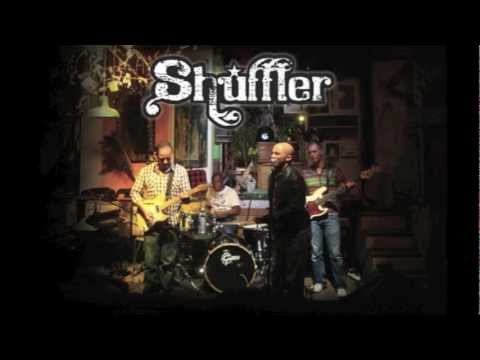 Shuffler are an English funk band formed in 2011 with a debut concert at the Jazz Café. The collective recorded their self-titled debut studio album, Shuffler in 2013. It has yet to be officially released although some promotional copies were distributed. The band is made up of Daniel Pearce on lead vocals and percussions, Paul Turner on bass, Rob Harris on guitar and Derrick McKenzie on drums. It has following in both United Kingdom and Europe. The members of the band, that play original materials as well as stylized covers, have had great musicianship experience. See for more.

Hair, Whole Lotta Love and Funkier than a mosquito’s tweeter

Waiting On The Sun

I Heard It Through The Grapevine / Cissy Strut

Hit Me With Your Rhythm Stick / Alphabet St

Funkier than a mosquito’s tweeter

Stay With Me Tonight