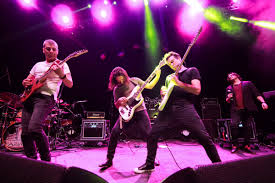 Aisles is a six-piece progressive rock band originally from Santiago, Chile. The group was formed in 2001 by brothers Germán (guitar) and Luis Vergara (keyboards), and childhood friend Rodrigo Sepúlveda (guitar). Later on, it expanded to include lead singer Sebastián Vergara and Alejandro Meléndez (keyboards). Drummer Felipe Candia and bassist Daniel Baird-Kerr joined the band in 2007 and 2011 respectively. The band has often been praised by its eclectic style, combining elements of rock, progressive rock, fusion, and Latin music, among others.  See for more.