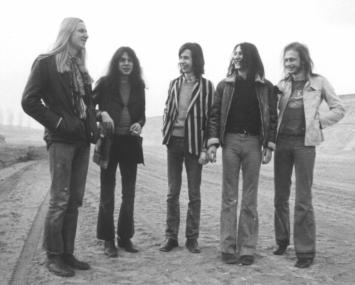 Agitation Free is a German experimental krautrock band, formed in 1967 by Michael “Fame” Günther (bass guitar), Lutz “Lüül” Ulbrich (guitar), Lutz Ludwig Kramer (guitar) and Christopher Franke (drums). They were initially called Agitation, a name they chose at random from a dictionary. The band had to change the name because another band with the same name already existed. Agitation Free was chosen based on a poster for a free show played in the early 1970s saying “Agitation Free” (meaning “free concert”). See for more.

You Play For Us Today

In the Silence of the Morning Sunrise

Susie Sells Seashells at the Seashore