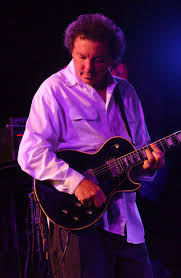 Mario Daniel Millo (born May 1955) is an Australian musician and composer from Sydney, he was a member of symphonic rock group Sebastian Hardie from 1973 to their disbandment in 1977. Their debut album, Four Moments (1975) peaked at No. 13 on the Australian Kent Music Report Albums Chart. He has had a solo career and composed film and television soundtracks and scores. In 1978, he worked with Jon English on the soundtrack for the television series, Against the Wind and its related single, “Six Ribbons”. Both album and single peaked in the Top 10 on the relevant Kent Music Report charts. See for more.

Oceans of the mind