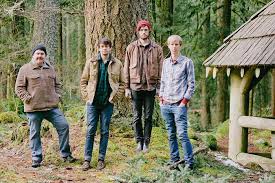 The Woods Band was an Irish folk-rock band formed in 1970 by husband and wife team Gay & Terry Woods, shortly after their departure from Steeleye Span. The band played and recorded for four years before evolving into Gay & Terry Woods. In 2001, Terry Woods formed a new band and named it The Woods Band, which performed and recorded through 2003. The Woods Band was formed in 1970 by ex-Steeleye Span members Terry and Gay Woods. The band was formed just a few months after the couple had left Steeleye Span, shortly after the release of Steeleye’s first album Hark! The Village Wait, after personal disagreements with members. See for more.

As I Roved Out

Leave Her Johnny Leave Her

The Dublin Jack Of All Trades