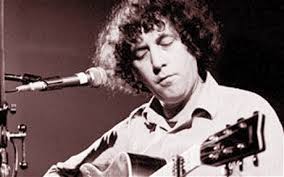 Herbert Jansch (3 November 1943 – 5 October 2011)was a Scottish folk musician and founding member of the band Pentangle. He was born in Glasgow and came to prominence in London in the 1960s, as an acoustic guitarist, as well as a singer-songwriter. He recorded at least 25 albums and toured extensively from the 1960s to the 21st century. Jansch was a leading figure in the 1960s British folk revival, touring folk clubs and recording several solo albums, as well as collaborating with other musicians such as John Renbourn and Anne Briggs. See for more.

Fresh as a Sweet Sunday Morning

She Moved Through The Fair

The Lily Of The West