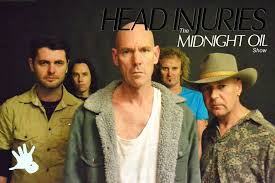 Midnight Oil (also known informally as “The Oils” to fans were an Australian rock band originally performing as Farm from 1972 with drummer Rob Hirst, bass guitarist Andrew James and keyboard player/lead guitarist Jim Moginie. While vocalist Peter Garrett was studying at Australian National University in Canberra, he answered an advertisement for a spot in Farm, and by 1975 the band was touring the east coast. By late 1976, Garrett moved to Sydney to complete his law degree, and Farm changed its name to Midnight Oil by drawing the name out of a hat. See for more.

King Of The Mountain

Power And The Passion

Best Of Both Worlds