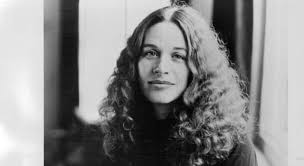 Carole King (born February 9, 1942) is an American songwriter and singer-songwriter. King and her former husband Gerry Goffin wrote more than two dozen chart hits for numerous artists during the 1960s, many of which have become standards. As a singer-songwriter, her Tapestry album topped the U.S. album chart for 15 weeks in 1971, and remained on the charts for more than six years. Her main success as a performer was in the first half of the 1970s, when she would sing her own songs, accompanying herself on the piano, in a series of albums and concerts; although she had been a successful songwriter for a decade previous, and has continued writing for others since. See for more.

You’ve Got A Friend live

I Feel The Earth Move

You Belong To Me