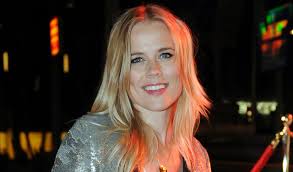 Ilse DeLange, stage name of Ilse Annoeska de Lange (Almelo, May 13, 1977), is a Dutch singer. She won an Edison in 1998, 2001, 2004 and 2009 and her albums reached platinum eighteen times. DeLange began her career at age eight as a playback artist, with which she wrote several contests to her name, including an imitation of Toon Hermans. After switching to live repertoire, she attracted the attention of Hilversum through regional and national talent shows, which gave her some television appearances. With guitarist Joop van Liefland she temporarily formed a duo, with which she put her first steps on the countrypad. See for more.

I’m not so tough

I Will Always Love You