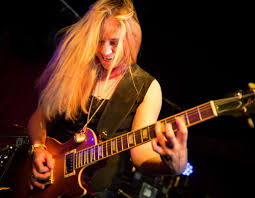 Joanne Shaw Taylor has established herself as the UK’s number one star of the blues rock world. The girl with the big voice from the Black Country has toured extensively around the world, released critically acclaimed albums and gained a global fan base as well as having the honour of playing alongside some of her musical idols.  Joanne’s debut album White Sugar first opened the door and Joanne’s career has since gone stratospheric, with her breaking the notoriously hard-to-crack US market. She beat the stereotypes of her age and gender, gaining acclaim from critics and peers alike. See for more.

Diamonds In The Dirt

No Reason To Stay