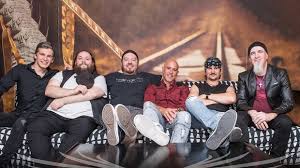 Mystery (often stylized as MYSTERY) is a Canadian rock band formed in 1986 by multi-instrumentalist Michel St-Père. The band released their eponymous debut EP in 1992 with Raymond and Gary Savoie on lead vocals, followed by their first album Theatre of the Mind in 1996 and then Destiny? in 1998, both with Gary on lead vocals. In 2007 the band released their third album Beneath the Veil of Winter’s Face with singer Benoît David who would record two more studio albums with the band: One Among the Living in 2010 and The World is a Game in 2012. In 2015 the band released their sixth album and first with current singer Jean Pageau Delusion Rain, and released their seventh album Lies and Butterflies on July 14, 2018. See for more.

Between Love and Hate

A Song For You

Shadow of the Lake

Ill So Far Away