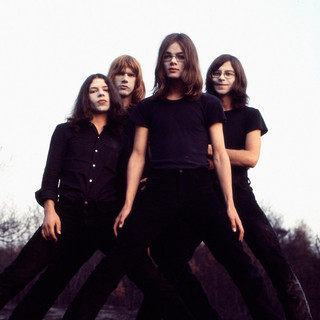 Supersister was a Dutch band from The Hague, Netherlands, active during 1970–1974, 2000–2001 and 2010–2011. They played progressive rock ranging from jazz to pop, and although Dutch, they are generally considered to be part of the Canterbury scene due to their playfulness and complicated sound. The most predominant band members were Robert Jan Stips (keyboards, vocals), Sacha van Geest (flute), Ron van Eck (bass) and Marco Vrolijk (drums). The band started in 1967 as Sweet OK Supersister as a school band with singer and songwriter Rob Douw, who soon thereafter left. The remaining members continued as a more serious musical quartet under the name Supersister. Their style was progressive rock in which Stips’ keyboards played a dominant role. See for more.

A Girl Named You

The Groupies Of The Band