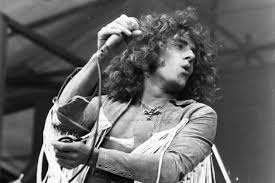 Roger Harry Daltrey CBE (born 1 March 1944) is an English singer-songwriter, actor and film producer. He is a founder, member, and lead singer of the rock band the Who. Daltrey is known for his powerful voice and energetic stage presence. Daltrey’s hit songs with The Who include “My Generation”, “Pinball Wizard”, “Won’t Get Fooled Again”, “Baba O’Riley” and “You Better You Bet”. Daltrey began his solo career in 1973, while still a member of the Who. Since then, he has released ten solo studio albums, five compilation albums, and one live album. His solo hits include “Giving It All Away”, “Walking the Dog”, “Written on the Wind”, “Free Me”, “Without Your Love” and “Under a Raging Moon”. See for more.

Say It Ain’t So, Joe

Just a Dream Away

Giving It All Away