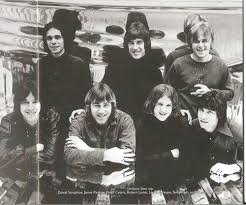 Saturday in the Park

Does Anybody Really Know What Time It Is?

Poem For The People

Wishing You Were Here