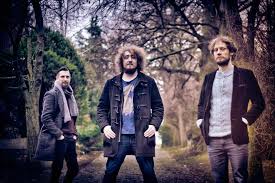 The band name APHODYL derives from the plant Affodill (Asphodelus) and stands for a space/kraut quartet from Zossen, nearby Berlin. Formed in 2010 by Sabine ‘Biene’ Leidig (keyboards, theremin, drums), Holger Gorgs (drums, guitar, vocals), André (guitar) and Arno (bass) they are a designated live act, have successfully participated at diverse festivals in and around Germany. During the course they could self-release four albums so far, partially comprised of extended songs with the focus on instrumental excursions, akin to Eloy and Jane now and again. See for more.