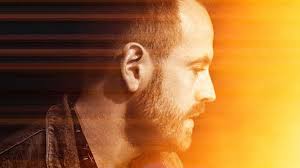 Ulrich Schnauss (born 1977) is a German electronic musician and producer based in London, England. Ulrich Schnauss was born in the northern German seaport of Kiel in 1977. He became interested in a range of music: My Bloody Valentine, Slowdive, Tangerine Dream, Chapterhouse, and early bleep and breakbeat tracks. There was not much opportunity to see his musical influences in Kiel, so he moved to Berlin in 1996. Schnauss’ musical output began under the pseudonyms of View to the Future and Ethereal 77. These electronica and drum-driven pieces were noticed by Berlin electronica label CCO (City Centre Offices), to which Schnauss sent CD’s on a regular basis. See for more.

Between Us And Them.