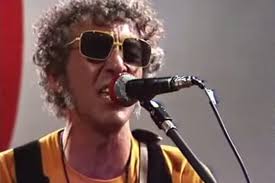 Alexis Korner (19 April 1928 – 1 January 1984) was a blues musician and radio broadcaster, who has sometimes been referred to as “a founding father of British Blues”. An major influence on the sound of the British music scene in the 1960s, Korner was instrumental in bringing together various English blues musicians. Alexis Andrew Nicholas Koerner was born in Paris to an Austrian Jewish father and a half-Turkish half-Greek mother, and spent his childhood in France, Switzerland and North Africa. See for more.

Get Off My Cloud

Night Time Is The Right Time

& Steve Marriott – One Scotch, one Bourbon