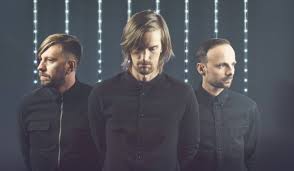 Tides from Nebula was formed in early 2008 in Warsaw. From the beginning, its line-up consisted of Maciej Karbowski (guitar and keyboards), Tomasz Stołowski (drums), Adam Waleszyński (guitar) and Przemek Węgłowski (bass). Prior to Tides From Nebula, Karbowski and Stołowski played together in another band, as did Waleszyński and Węgłowski. “We rubbed shoulders in many clubs, at various festivals and concerts but we never met ‘officially'”, recalls Waleszyński in an interview. Eventually, they connected through the internet. Their music could be described as rock, if it were not for the fact that they have never needed a vocalist. Tides from Nebula willingly points to ambient music as a source of inspiration, however, it is dynamicity and vividness that are most important in their compositions. See for more.

We Are The Mirror

The Fall of Leviathan