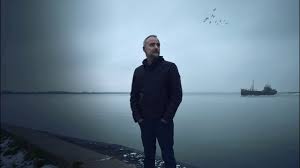 Cosmograf was born in 2008 when Robin produced his first home demo album, ‘Freed from the Anguish’ followed by the release of ‘End of Ecclesia’ in 2009. The next release ‘When Age Has Done Its Duty’ showed a huge uplift both in writing and production quality and captured the attention of the progressive rock community, and the press alike, leading to a Limelight nomination in the PROG magazine awards. The Cosmograf sound is rooted in 70’s classic rock with many contemporary influences from rock, progressive rock and metal. There is always a particular emphasis on concepts and atmospheric production leading to comparisons with artists such as Pink Floyd, Porcupine Tree, and Steven Wilson. See for more.

The Man Left in Space

The Ghost Gets Made

Dog on the Clee

The Vacuum That I Fly Through

On Which We Stand

When the Air Runs Out