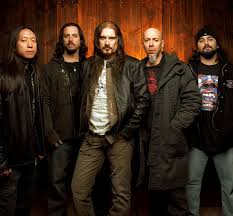 Beardfish was a Swedish progressive rock band formed in 2001. Their style resembles progressive rock bands from the 1970s, such as Yes and Genesis. The band’s most prolific line-up consisted of founding members vocalist/keyboardist Rikard Sjöblom and guitarist David Zackrisson, along with longtime drummer Magnus Östgren and bassist Robert Hansen; who joined the band in 2001 and 2002 respectively; this line-up existed from 2003 (following the departure of keyboardist Stefan Aronsson) until the band’s dissolution in 2016. See for more.

South Of The Border

And The Stone Said: If I Could Speak

Ode To The Rock’n’Roller