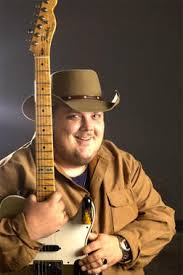 Johnny Hiland is an American musician. He began as a bluegrass player, and then went on to play jazz, blues and country. In 1996, Hiland moved to Nashville and worked as a session musician for country artists including Toby Keith, Ricky Skaggs, Janie Fricke, and Hank Williams III. Hiland signed with Steve Vai’s Favored Nations label as a solo artist. The Johnny Hiland Band has released two studio albums on the Favored Nations label. Besides guitar, Hiland also plays banjo, fiddle and mandolin. See for more.

Every Day I Have The Blues

and Sammy Hagar at Tahoe Wabo