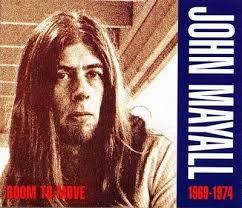 Have You Ever Loved A Woman

I cant quit you baby

The Mists Of Time