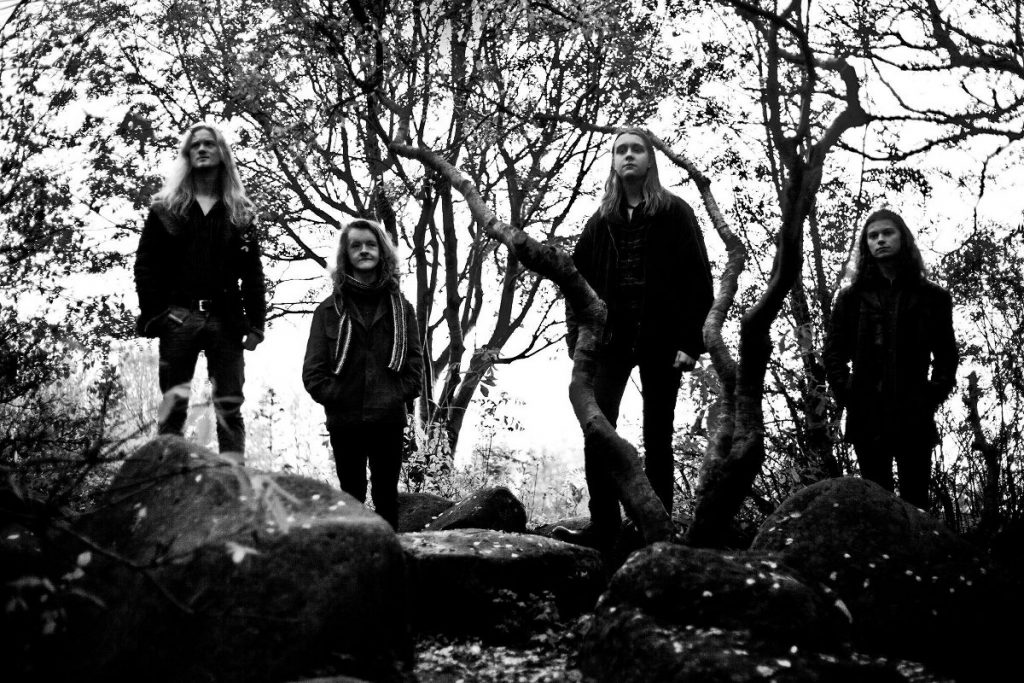 Lucy in Blue was founded in 2013. The young band released its self-titled debut album on Bandcamp in 2016. The lineup includes Arnaldur Ingi Jónsson on keyboards and vocals; Kolbeinn Þórsson on drums; Matthías Hlífar Mogensen on bass and vocals; and Steinþór Bjarni Gíslason on guitar and vocals. When Naldo and Matti had just met and started jamming, they were also taking a physics class together. Both of them had a hard time with the mathematical concepts in the class and their focus always seemed to be on music so it looked like they would fail the class. But nearing the end of term they had their final chance to save their grade by doing a group presentation. An exchange student from South Africa called Lucy was the third member of their group. When Lucy discovered their musical aptitude and lack of mathematical grace she offered to write the whole presentation by herself on the condition that the boys in the band played for her while she wrote. Steini and Kolli were eventually persuaded to do so, even though they had to play through the night. See for more.