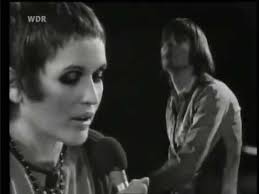 Brian Auger and the Trinity was a British musical ensemble led by keyboardist Brian Auger. His duet with Julie Driscoll, the Bob Dylan-penned “This Wheel’s On Fire”, was a #5 hit on the 1968 UK Singles Chart. Their joint album, Open, billed as Julie Driscoll, Brian Auger and the Trinity, reached #12 in the UK Albums Chart the same year. The group and Driscoll opened for Led Zeppelin at the Rose Palace in Pasadena, California on 2 and 3 May 1969. See for more.

Let the Sunshine In

When i was young

Ain’t Got No, I Got Life

Flash Failures (let the sunshine in)

Season of the Witch