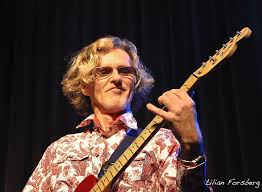 Roine Stolt (born 5 September 1956 in Uppsala) is a Swedish guitarist, vocalist and composer. A major figure in Sweden’s rock history, Stolt led two of his country’s most successful progressive rock bands: Kaipa in the 1970s and The Flower Kings in the 1990s onward. In 2017, Stolt co-formed the supergroup The Sea Within. Stolt started his career in the late 1960s playing bass guitar in local rock bands. He switched to guitar in 1973 and in the brief sojourn with Allman Brothers-influenced “Orexis”. In 1974 he became the guitarist in Kaipa, a professional progressive rock band, he was 17 years old at that time, the group made three successful albums and toured more than 100 gigs a year, including national TV and radio performances in Scandinavia. See for more.

Spirit of the Rebel

Little Cottage by the Sea