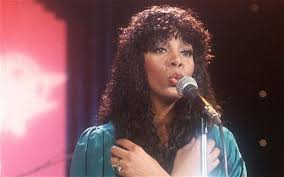 LaDonna Adrian Gaines (December 31, 1948 – May 17, 2012),[1] widely known by her stage name based on her married name Donna Summer, was an American singer, songwriter, and actress. She gained prominence during the disco era of the late 1970s. A five-time Grammy Award winner, Summer was the first artist in history to have three consecutive double albums reach number one on the United States Billboard 200 chart and charted four number-one singles in the US within a 12-month period. See for more.

Love to love you baby

This Time I Know It’s For Real

Could It Be Magic